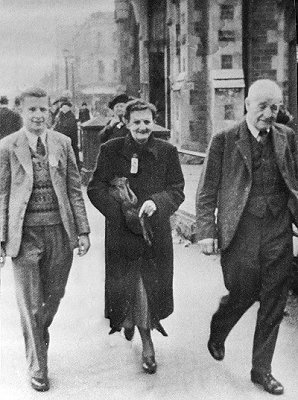 With the introduction of the 35mm Leica portable camera in 1925, candid street photographers became a common sight in Christchurch's Cathedral Square until the early 1960s.

In this typical example of their work is a then unknown 20 year-old, photographed with his parents as they pass the Cathedral in a southerly direction.

More familiarly known as plain Bill, Sir Wallace Edward Rowling KCMG, (1927-1995) would become the Member of Parliament for Fendalton in 1960 and then Prime Minister of New Zealand in 1974.